Backgrounder: Rapist-killers Of Chiong Sisters Were Sentenced To Die In 2004

The kidnapping, rape and murder of sisters Marijoy and Jacqueline Chiong shocked Cebu and the whole country in 1997. 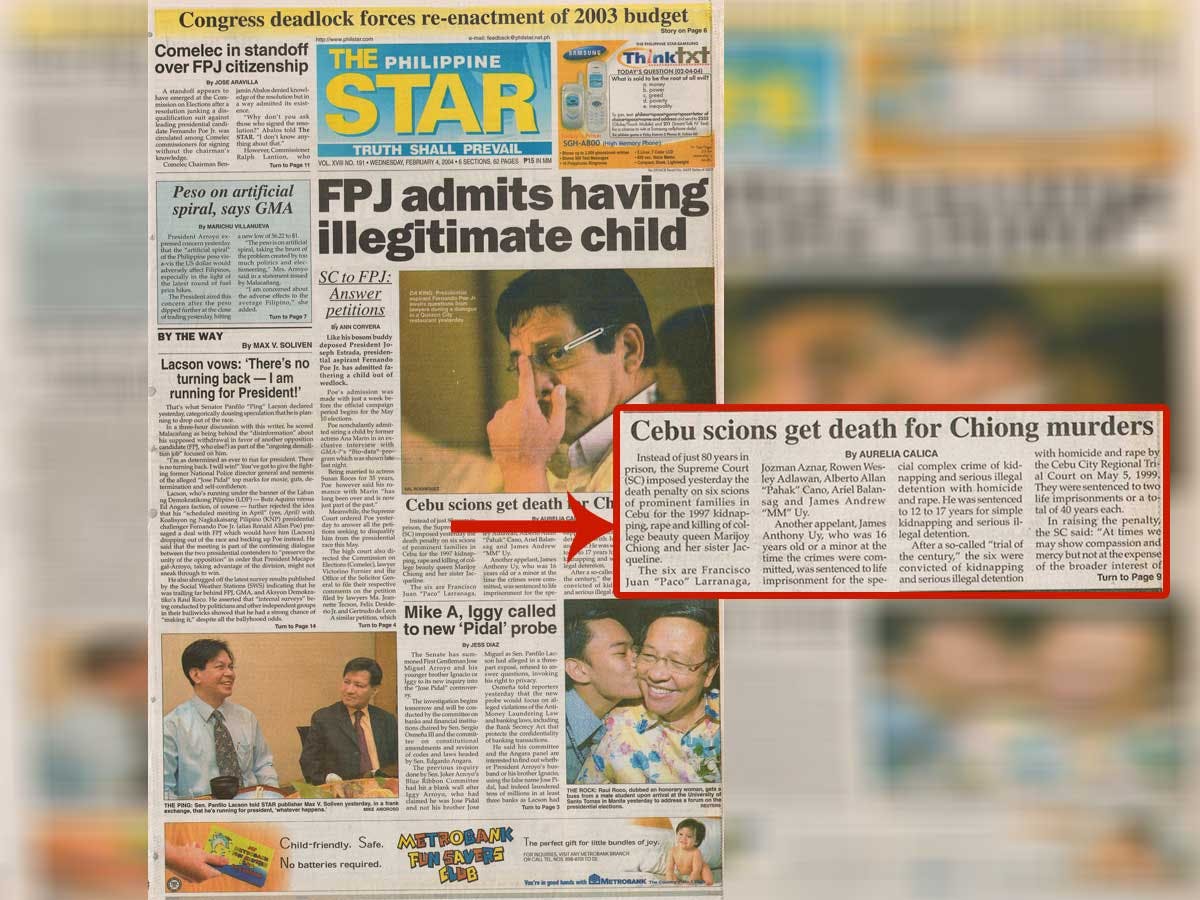 In 2004, the Supreme Court meted the death penalty on the rapist-killers of the Chiong sisters, but their lives were spared following the abolition of capital punishment in the Philippines in 2006.

As the Senate investigation on the release of several criminals convicted of heinous crimes due to good conduct time allowance (GCTA) began, a number of revelations were made regarding who were released from detention since Republic Act No. 10592, the law granting additional GCTA to convicted criminals, was signed in 2013.

Among the facts revealed was that 1,914 inmates convicted of heinous crimes have been released through GCTA since 2014, according to Bureau of Corrections (BuCor) legal office chief Frederic Anthony Santos.

Among them, as admitted by BuCor Director Nicanor Faeldon after questioning by Sen. Panfilo Lacson during a Senate hearing on Monday, Sept. 2, were Jozman Aznar, Ariel Balansag and Alberto Caño, three of the seven men convicted of kidnapping, raping and murdering sisters Marijoy and Jacqueline Chiong in 1997.

It was Lacson who exposed that the rapist-killers of the Chiong sisters had been freed along with other convicts by the BuCor under Faeldon.

The release of the three convicted criminals further opened wounds since the release of two films on the crime: the 2011 documentary film Give Up Tomorrow that presents the case from the perspective of one of the convicts, Francisco Juan "Paco" Larrañaga, and the 2018 film Jacqueline Comes Home, which was commissioned by Thelma Chiong, mother of Marijoy and Jacqueline.

The film Jacqueline Comes Home seeks to dispel rumors and conspiracy theories circulating in social media about the fate of the Chiong sisters, which spread after the release of Give Up Tomorrow – supposedly a documentary film disputing the conviction of Larrañaga through testimonies from family members and friends. 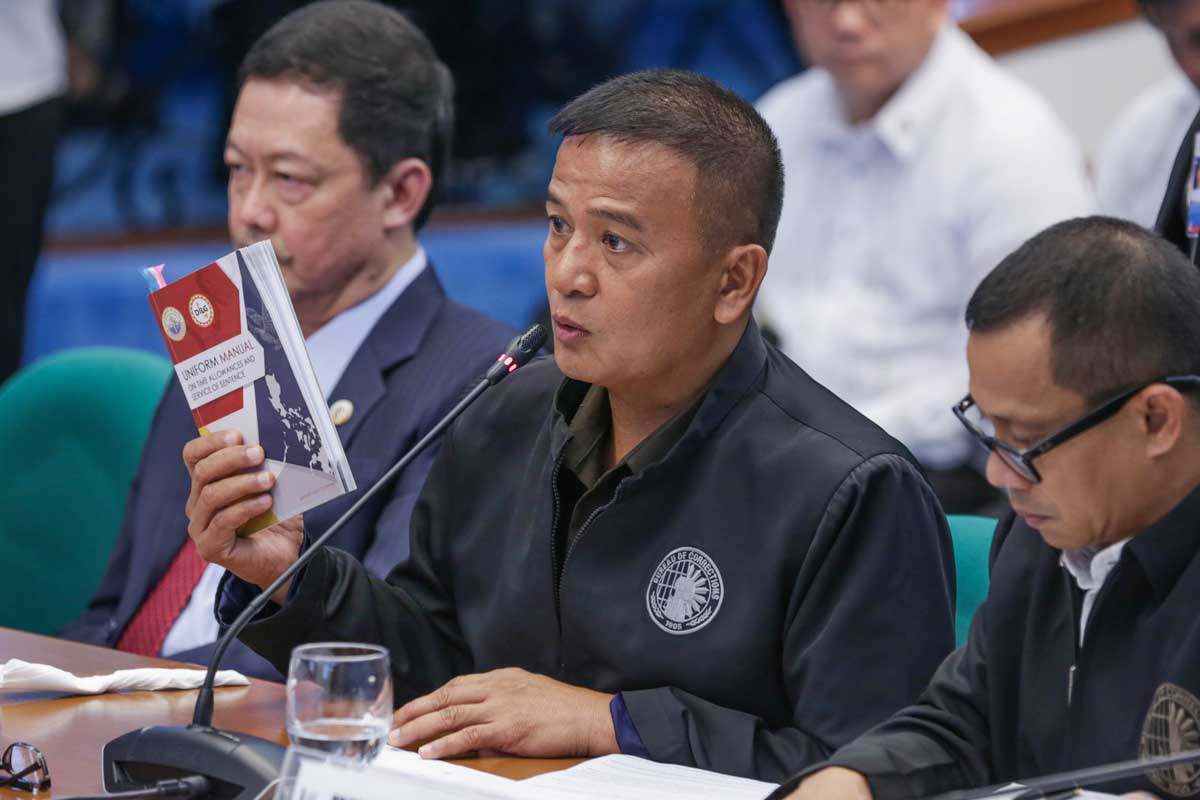 Kidnapped, raped, then tossed in a ravine

If the 1993 Mary Eileen Sarmenta-Allan Gomez rape-slay case shocked the town of Calauan, Laguna, the murder of the Chiong sisters gripped the bustling city of Cebu in 1997 as it involved scions of the city’s prominent families.

Court records show that on the night of July 16, 1997, Larrañaga, along with Aznar, Caño, Balansag as well as Rowen Wesley Adlawan and brothers James Andrew and James Anthony Uy kidnapped the sisters outside a mall in Cebu City.

At the time, Marijoy was a college beauty queen whom Larrañaga pursued, according to witness Shiela Singson, who testified in court that Larrañaga approached the sisters at the west gate of Ayala Center Mall on the night of July 16. Singson’s testimony was corroborated by another prosecution witness, Analie Konahap, who also identified Aznar as Larrañaga’s companion.

Singson and Konahap’s testimonies were corroborated by Williard Redobles, the security guard assigned at the west gate of the mall at the time of the incident. Two other witnesses, Rolando Dacillo and Mario Minoza, testified in court that they witnessed Jacqueline’s two failed attempts to escape from the men at the mall.

The Chiong sisters were brought by the men to their safehouse in Barangay Guadalupe, Cebu City. After that, they were brought to Tan-awan, a popular lookout point in neighboring Carcar, Cebu, where the group had a marijuana and drinking session and took turns raping the sisters inside a van.

During the trial, prosecution witnesses Benjamin Molina and Miguel Vergara testified that they recognized Adlawan as the person who asked them where he could find a vehicle for hire on the evening of July 16, 1997. Another prosecution witness, Alfredo Duarte, positively identified Adlawan as the man who bought barbeque and Tanduay at Nene’s Store in Tan-awan. He also identified the white van being driven by Caño that was waiting on the side of the road from which he heard voices of a “quarrelling male and female.” 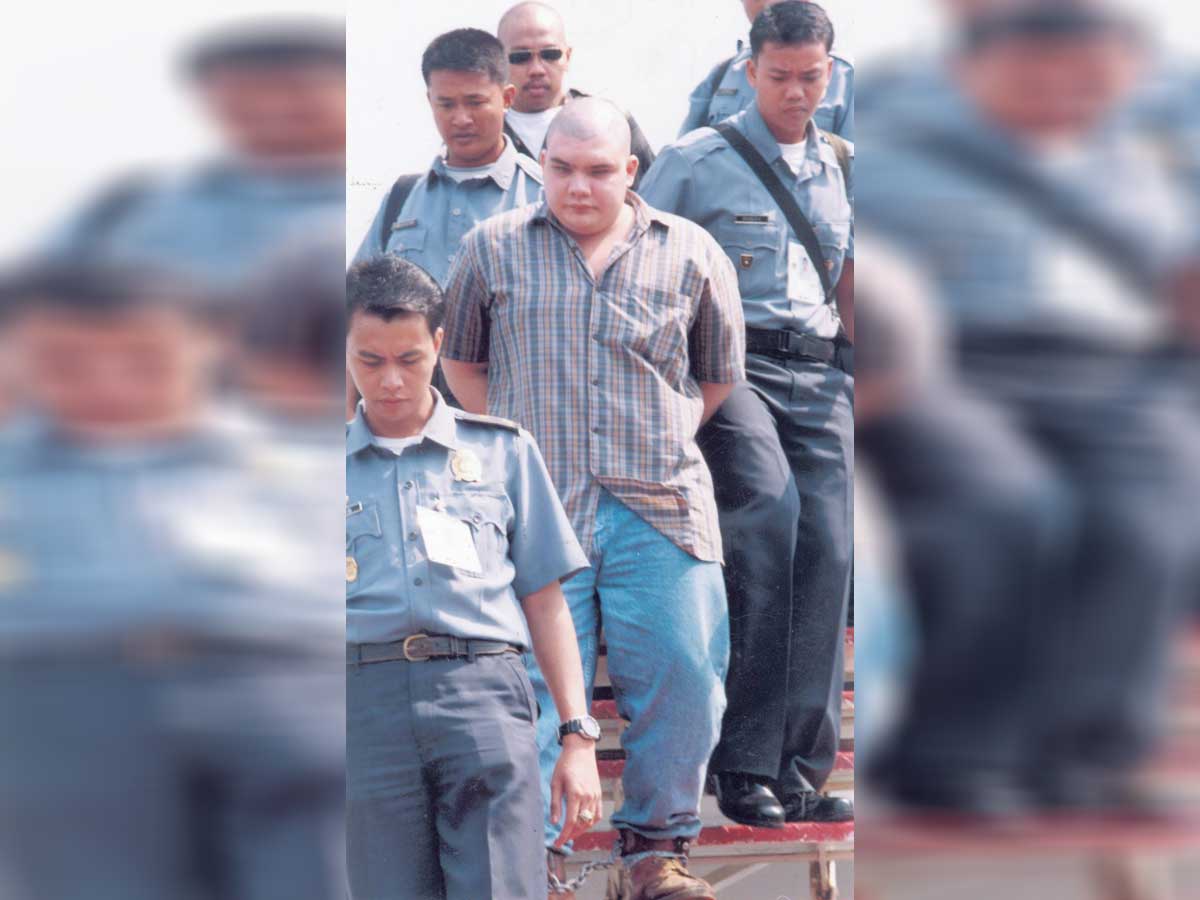 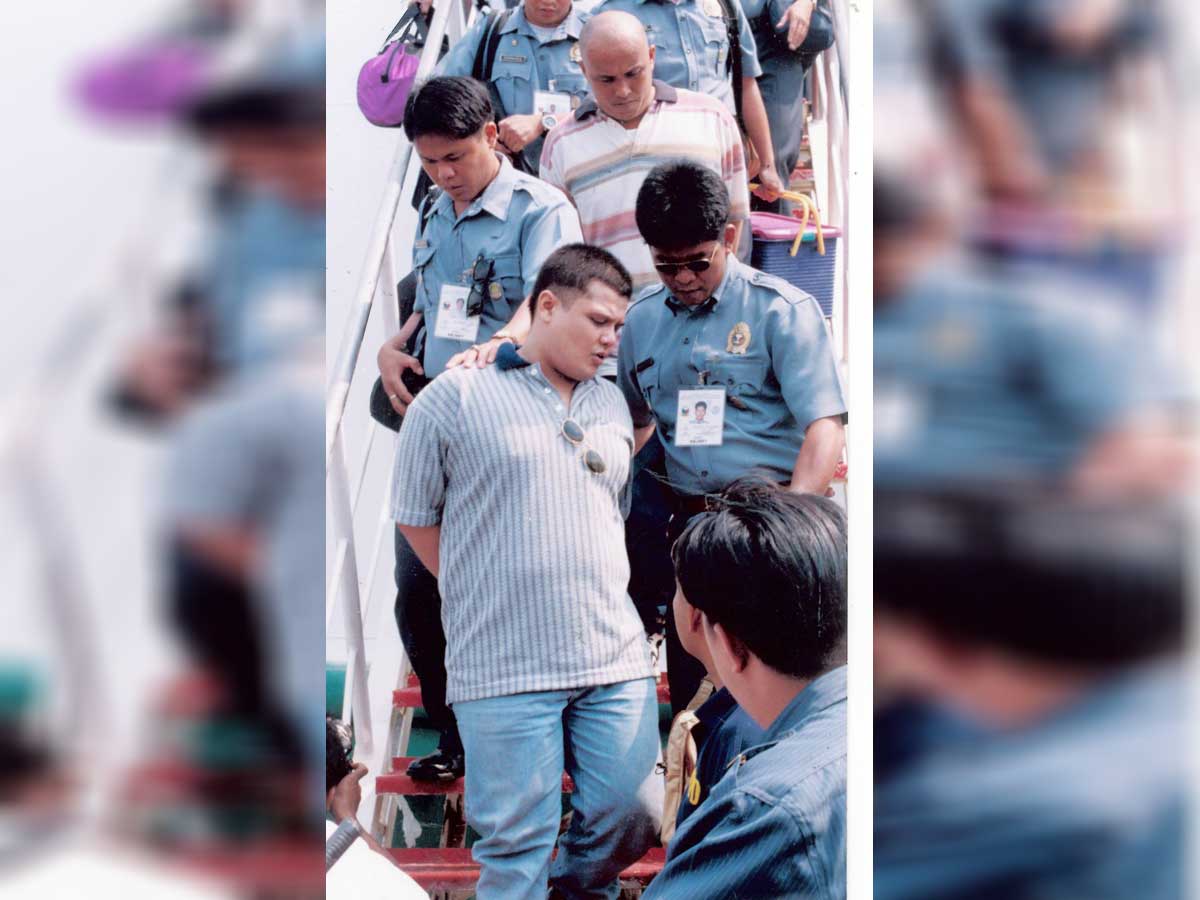 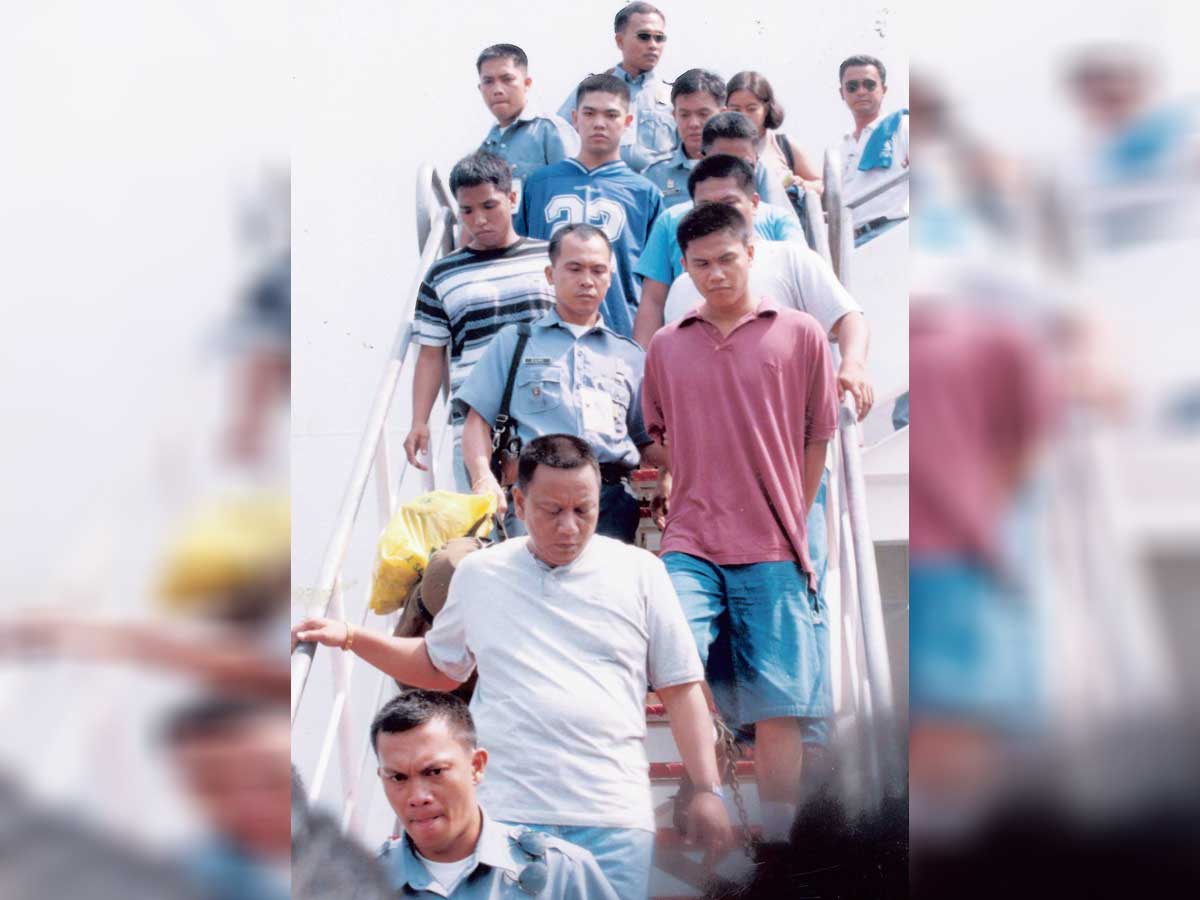 After raping Marijoy, Aznar instructed Adlawan and Balansag to get rid of her. She was pushed down a 150-meter-deep ravine. Her body was found after two days of search by authorities. Unfortunately, Jacqueline’s body was never found.

During the trial, Inspector Edgardo Lenizo, a fingerprint expert, testified that the fingerprints on the corpse recovered in Tan-awan matched those of Marijoy. He also confirmed that the body had the same clothes that Marijoy wore on the day she was abducted. Members of the Chiong family also personally identified the corpse to be that of Marijoy and no other party laid claim to the cadaver during the investigation.

However, during the trial, it was shown that it takes only one hour to travel by plane from Manila to Cebu through any of the four airline companies plying the route. One of the defense witnesses admitted that there were several flights from Manila to Cebu in the morning, afternoon and evening at the time of the murders.

The testimonies of Singson, Konahap and Redobles also affirmed Larrañaga’s presence at the Ayala Center at the time of the kidnapping. Additionally, Rosendo Rio, a businessman from Cogon, Carcar, testified that he saw Larrañaga leaning against the hood of a white van at Tan-awan at about 3:30 a.m. of July 17, 1997. Manuel Camingao, chief of the barangay tanod at Barangay Poblacion I in Carcar, also testified on Aznar’s presence in Tan-awan at dawn of July 17, 1997.

During the trial, it was revealed that Larrañaga was facing a separate complaint for attempted kidnapping in 1996. Parents of University of San Carlos Girls High School student Rochelle Virtucio alleged that Larrañaga tried to kidnap her near the school campus but failed after she resisted.

Further reinforcing the case against the men was the testimony of fellow defendant-turned-star witness Davidson Rusia, who was accepted as state witness after 10 months in exchange for blanket immunity.

According to Rusia, he met Larrañaga and the Uy brothers five months prior to the crime through Adlawan. Rusia also said that he had known Aznar since 1991 but only met Caño and Balansag on the night of the crime. 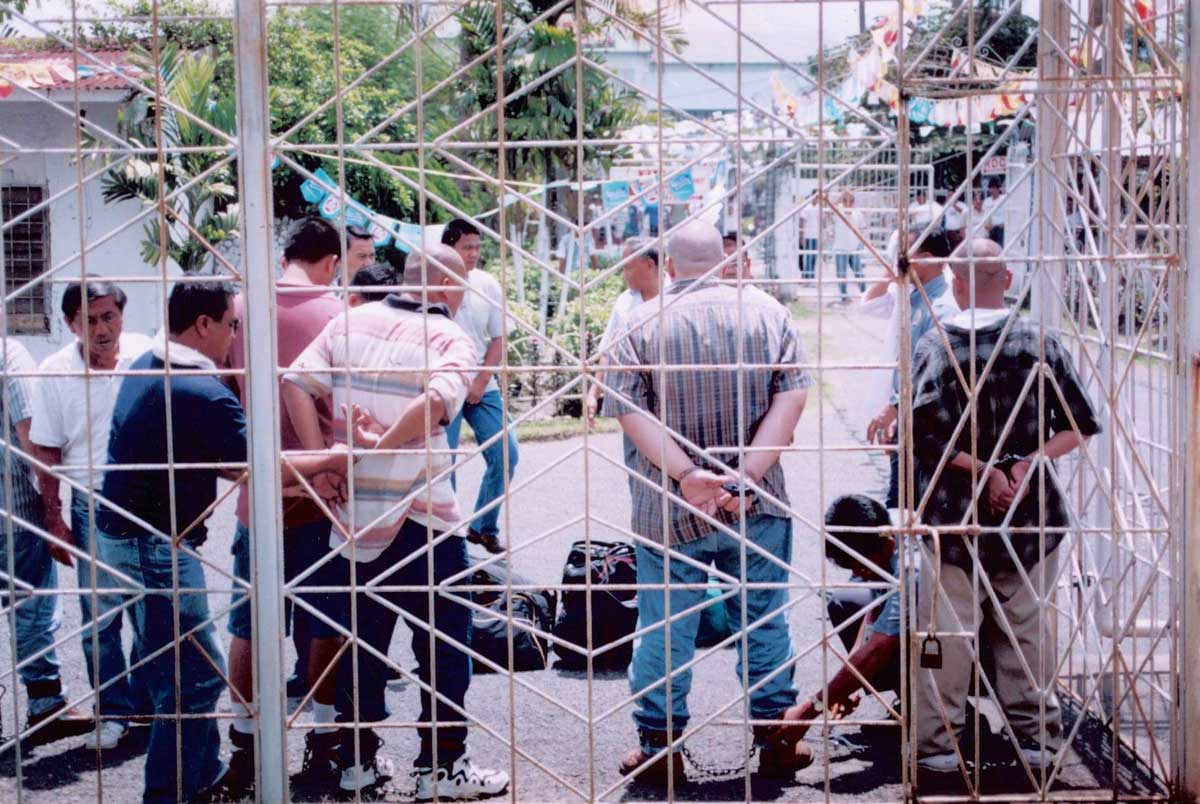 It was Rusia who detailed during the hearing how the men committed the crime with him as an accomplice. His knowledge of the presence of Marijoy’s body in the ravine, as well as his detailed description of how her body was handcuffed and wrapped in packaging tape, matched the condition of the body found in the ravine, and made authorities accept his testimony as credible.

Rusia’s testimonies corroborated earlier testimonies by Singson, Konahap, Redobles and other prosecution witnesses. During the trial, the defense tried their best to destroy Rusia’s credibility as state witness, citing his previous arrests for burglary and forgery.

Conviction and fate of Larrañaga

On May 5, 1999, then judge Martin Ocampo of the Cebu regional trial court sentenced six of the defendants to double life terms. The seventh defendant, James Anthony Uy, who was a minor at the time the crime was committed, was sentenced to 12 to 17 years in prison for kidnapping and serious illegal detention.

However, the case took a mysterious turn a few months later. On Oct. 7, 1999, Ocampo was found lifeless in a hotel room in Lapu-Lapu City in an apparent suicide. In his suicide note, he explained his increasing loss of hope and purpose. Rumors swirled that Ocampo might have committed a mistrial of the case.

The seven convicts appealed to the Supreme Court, which reviewed the case. In 2004, the court upheld the guilty verdict of the lower court for all the accused, and even elevated the punishment for the six defendants to death by lethal injection. James Anthony Uy’s sentence was increased to life imprisonment.

But with the abolition of the death penalty in 2006, the lives of the six convicts were spared and their sentence commuted to life imprisonment. Furthermore, in 2009, Larrañaga was allowed to serve the rest of his sentence in a Spanish prison, following his appeal due to his Spanish citizenship and an existing bilateral agreement between Spain and the Philippines. The Spanish embassy supported his appeal.

The Chiong sisters’ rape-slay case remains one of the most controversial heinous crime cases in the country, not just for the brutality of the crime, but also for the way that the judicial system in the country has meted justice.